Skip to Main Content
It looks like you're using Internet Explorer 11 or older. This website works best with modern browsers such as the latest versions of Chrome, Firefox, Safari, and Edge. If you continue with this browser, you may see unexpected results.

Decolonizing Academia and the Curriculum

This guide is based off the work of Dr. Nicolette Cagle and her many faculty and student collaborators within the Nicholas School of the Environment & the Duke Marine Lab with support provided by leadership in DUL's Collections Strategy, Jeff Kosokoff and Collections Specialist Deirdre McCullough. Original LibGuide by Janil Miller at Duke University. 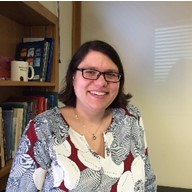 "Decolonizing the curriculum is a way of questioning and broadening academic practices and pedagogies to include and respect all cultures and belief systems, not just the cultures and belief systems of countries that participated and participate in modern colonialism, or the process of gaining political and economic control of a region after occupying it with settlers . The countries typically considered as colonizers include Western European nations, as well as Russia, Japan (i.e., in Korea) and China (in Tibet and beyond), although these definitions shift depending on the time period under discussion."

Full document where this topic is discussed in detail and from which these suggested books come is available here.

For a powerful perspective from an Indigenous voice embedded in the other side of the “decolonizing” concept, please read Bri Alexander’s story poem entitled “Frames.” In this work “Bri Alexander (City University of New York, Graduate Center) reflects on the phenomenon of linguistic framing and its oft-harmful effect on BIPOC communities,” published in the AAALGrads Newsletter (American Association for Applied Linguistics) Fall 2020 issue.

A great read to get started

"Culturally-relevant education (CRE) refers to a framework created to promote diversity, equity, and inclusion in the education system and to decolonize our pedagogy. Numerous books that deal with culturally-responsive teaching and culturally-relevant pedagogy in some form have been written, some recommendations include:"

The work of an educator - against bias